On this page I show you 10 points, which are more than sufficient to debunk the Apollo moon landings as faked. I present you these 10 points as an overview. You can find further information on the other pages of this web site.
1  All Pictures of the Landing Site were made in a Studio
The directions of the shadows of the foreground and of the background do not match in the following picture: 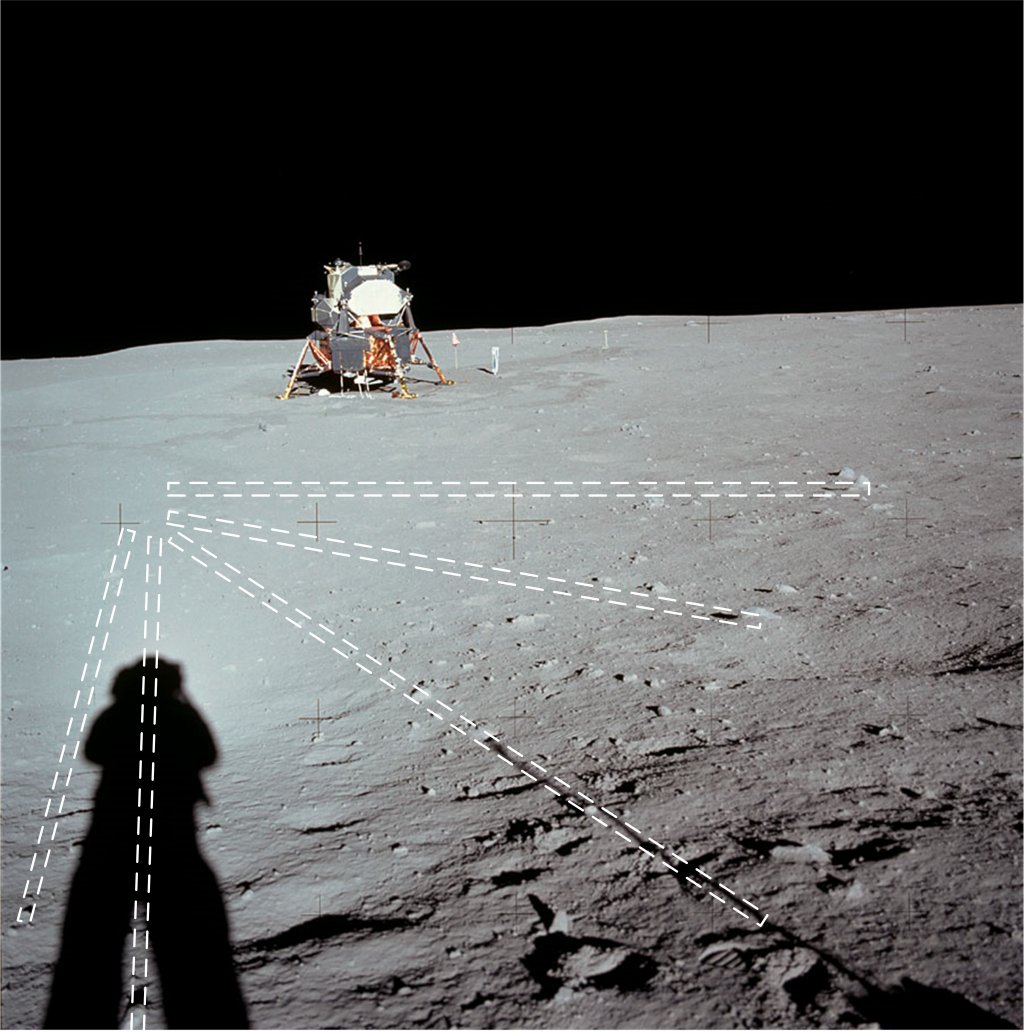 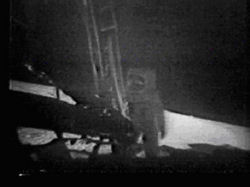 The horizon on the right is so low that there should be further lunar landscape visible. One looks to the black wall of a studio.
3  Van Allen Radiation Belt and Cosmic Rays
The van Allen radiation belt and the cosmic rays in altitudes above 500 km are still today insurmountable obstacles for human space flight. 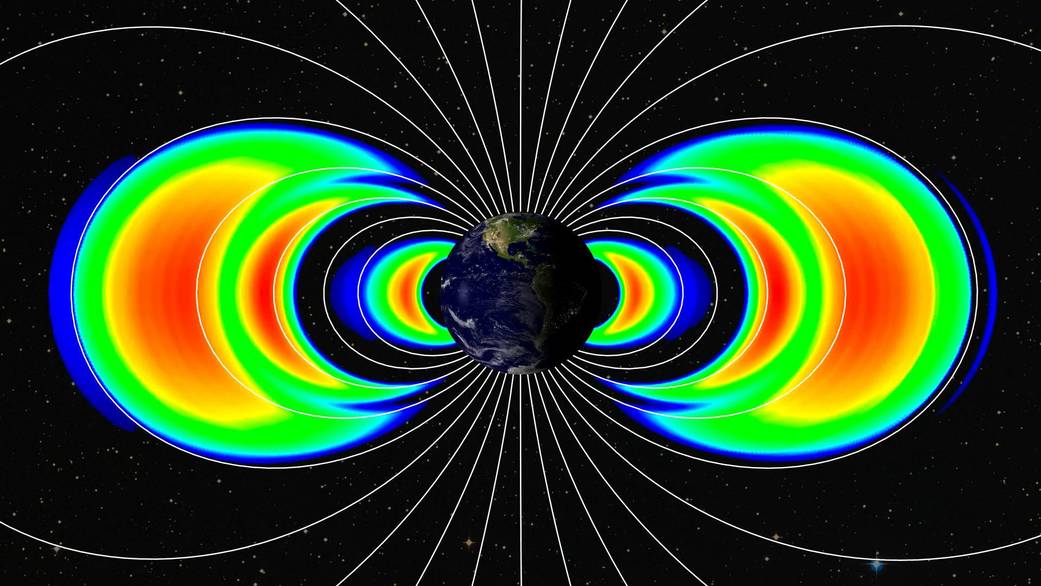 4  Rocket based  Landings on Earth could only be made in 2015
On the Moon it it is supposed to have been no problem. A single test on Earth was sufficient: 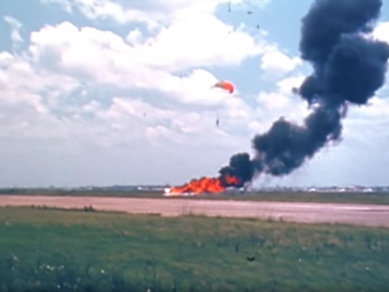 5 Launch from the Moon
The engine plume would have hit the lower part of the LM and it would have burned the lower part of the ascent stage from the beginning, because it could not escape.
6  The Ascent Stage has allegedly docked to the CSM after 3 h 41 min
Until 2013 it took 50 hours until docking to the ISS; then thanks to radar guidance from the earth only 6h.
7  Unbraked re-entry with 11 km/s
The velocity of an earth orbiting satellite is 8 km/s. The space shuttle and other satellites re-enter with less than 8 km/s.
8  Post Flight Press Conference 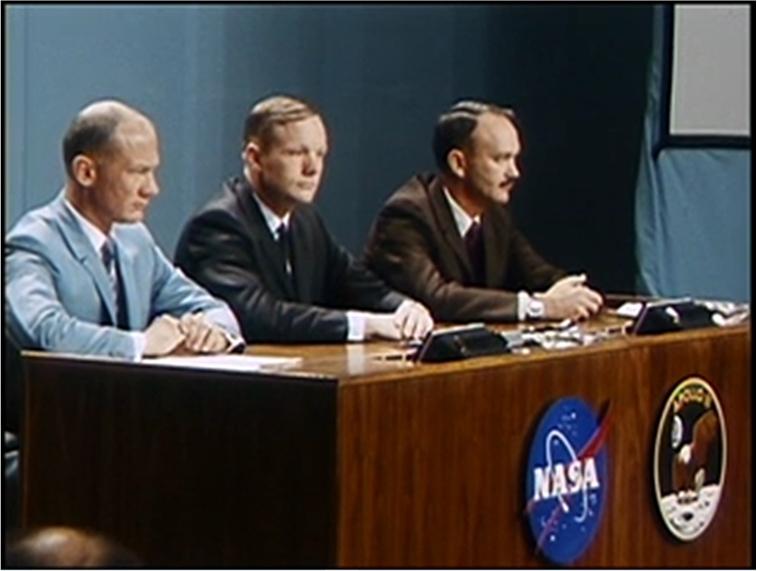 9  Lunar Laser Ranging
The expected amplification by the reflectors could never be measured. Probably there aren’t any retro-reflectors on the Moon.
10  Neil Armstrong’s speech on the 25th anniversary:
„There are great ideas undiscovered, breakthroughs available to those who can remove one of truth's protective layers.”